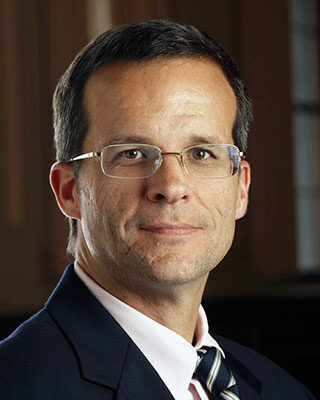 David Skeel is the S. Samuel Arsht Professor of Corporate Law at the University of Pennsylvania Carey Law School. He is author of True Paradox: How Christianity Makes Sense of Our Complex World (InterVarsity, 2014), The New Financial Deal: Understanding the Dodd-Frank Act and its (Unintended) Consequences (Wiley, 2011); Icarus in the Boardroom: The Fundamental Flaws in Corporate America and Where They Came From (Oxford, 2005); Debt's Dominion: A History of Bankruptcy Law in America (Princeton, 2001); and numerous articles on bankruptcy and financial distress, corporate law, Christianity and law, law and literature, and other topics. His commentary has appeared in the New York Times, Wall Street Journal, Weekly Standard, Books & Culture, and elsewhere. In August 2016, he was appointed by President Barack Obama to serve on the oversight board for Puerto Rico.

Learn how to assess the long-term value of and investment opportunities in companies that are financially distressed. Become knowledgeable about the integral roles that business managers, professional investors, and banking advisors can play in restructuring corporate debt.