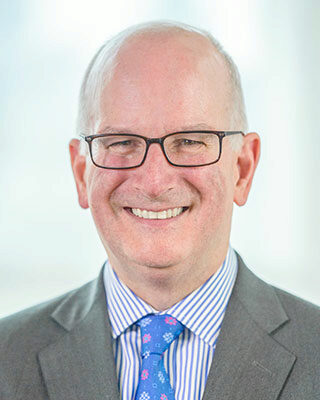 Kevin B. Mahoney is Executive Vice President and Chief Administrative Officer for the University of Pennsylvania Health System and Executive Vice Dean for Integrative Services for the Perelman School of Medicine at the University of Pennsylvania. During his more than 20-year tenure at Penn, his leadership posts have included serving as Senior Vice President of UPHS, as Executive Director of Phoenixville Hospital, as Executive Director and Chief Operating Officer for Clinical Care Associates, and as Director of Network Development. Prior to joining UPHS, Kevin served as Vice President for Johnson & Higgins, where he provided leadership to the Health Group, including risk transfer and alternative risk management strategies. He also served as Vice President for Administration at Bryn Mawr Hospital, and as Director of Administrative Services for Episcopal Hospital for three years. He is a graduate of Millersville State College where he earned a bachelor’s degree in Economics, he holds an MBA and a Doctorate in Business Administration from Temple University.