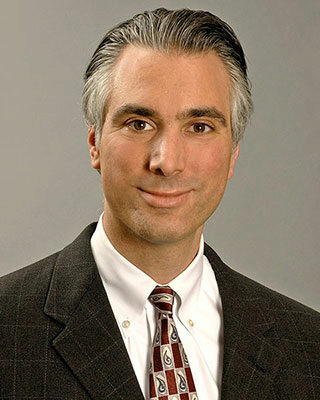 Research Interests:Business, legal, and social implications of the internet and communications technologies

Kevin Werbach is the Liem Sioe Liong/First Pacific Company Professor and chair of the Department of Legal Studies & Business Ethics at Wharton. He is a world-renowned expert on the business, legal, and public policy implications of emerging technologies such as digital platforms, artificial intelligence, and blockchain. Werbach is the director of the Wharton Blockchain and Digital Asset Project. He co-led the review of the U.S. Federal Communications Commission for the Obama Administration’s Presidential Transition Team and was employed as an expert advisor at both the FCC and the U.S. Department of Commerce. He founded the Supernova Group, a technology consulting firm, and for nine years hosted the Supernova executive technology conference.

This immersive, nine-month experience teaches Chief Technology Officers and other senior-level IT leaders how to become more strategic partners with other operating units within their organization and determine efficient ways to scale their company’s technology infrastructure. The rigorous curriculum includes interactive online sessions and on-campus electives and offers a path to alumni status for qualified individuals.

Shift your mindset from traditional thinking on product- or service-based value creation and competition to a platform and ecosystem perspective, and understand the new set of strategic choices and tradeoffs they represent.