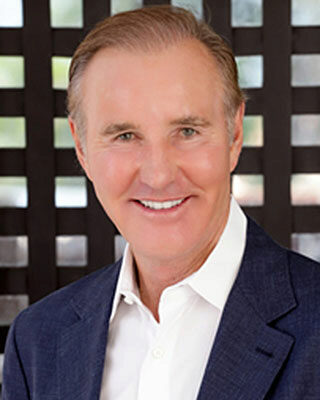 Dennis Carey is a vice chairman and co-leader of the Board Services Practice of Korn Ferry. With over 25 years of experience, Dennis advises and recruits for boards of directors, CEOs, and their direct reports. He has recruited for boards of directors and CEOs of over 75 Fortune 500 companies. In addition to advising and recruiting, Dennis has founded several forums for C-suite executives, including The Prium, G100, the CEO Academy®, and academies for CFOs and CHROs of America’s best managed enterprises.

He has published seven books, including Boards That Lead, which was cited as Book of the Year in 2014 by Directors & Boards Magazine, Talent, Strategy, Risk with Bill McNabb, former CEO of Vanguard, and Talent Wins with Ram Charan and Dominic Barton, former CEO of McKinsey. His articles have been featured in noteworthy journals including Harvard Business Review and McKinsey Quarterly. Dennis is frequently quoted in all major business publications ranging from The Economist to The Wall Street Journal. In addition, Dennis has served on both public boards and private start-up technology boards, including ScanLife, Airclic, Composite Technology, and Closure Medical, which was sold to Johnson & Johnson. He holds a PhD in finance from the University of Maryland and was a fellow both at Harvard's John F. Kennedy School of Government and the Princeton Theological Seminary.

Based on the book Boards That Lead, this executive education program provides the latest thinking from some of the world’s most knowledgeable and dynamic boardroom leaders on how directors can make a leadership difference.

Developed through a partnership between Wharton Executive Education and the CEO Academy®, this program provides CEOs with an unparalleled opportunity to connect with peers in a dynamic setting and enhance their leadership and strategic decision-making skills. 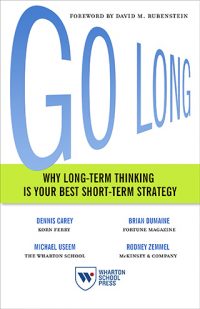 Go Long: Why Long-Term Thinking Is Your Best Short-Term Strategy

Dennis Carey's book Go Long reveals how some of the world’s most prominent business leaders resisted short-term pressures to successfully manage their organizations for the long term, and in turn, aim to create more jobs, more satisfied customers, and more shareholder wealth.