Growing up on Long Island, Darren Mass remembered how his friends dreamed of becoming astronauts. Mass had a different life goal — to be CEO of his own company. He is now living his dream as president and CEO of a New York-based voice and data connectivity company. Now 34, Mass formed the company at age 28, right before the 2008 banking collapse that pushed the U.S. and the world into a global recession.

“Everyone thought I was nuts,” recalls Mass. “But I drew upon a quote by Warren Buffett, who said, ‘When everyone is running in one direction, you run the other way.’” He proved his detractors wrong, helping grow his company, MASS Communications, into one of Inc.’s 500 fastest-growing privately held companies in the country. “We are #8 in telecommunications and are serving close to 1,000 customers. Our model makes sense.” 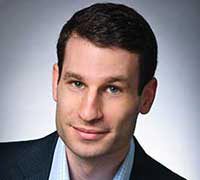 "The benefits of being part of the Wharton community for me personally have been immense. It really has given me a strategic edge to fill in all the gaps.”

An engineer by training, Mass wanted to go back to school to gain new insights and leadership skills to help him in his new CEO role. “I had a lot of experience in the telecommunications world, but being CEO was new. Wharton has helped me fill in the blanks, in some cases validating what I learned on the job.”

To date, Mass has taken two Wharton Executive Education open-enrollment programs, Leading and Managing People and Strategic Persuasion Workshop: The Art and Science of Selling Ideas, and is half way toward earning his Certificate of Professional Development. “The most valuable takeaway I got from both of these programs is how to communicate — understanding that the success of communication lies with you,” says Mass, who has put the programs’ teachings to practice daily in his outreach to salespeople, customers, engineers, and other technical people. “If someone isn’t listening, hearing, or feeling what you are trying to communicate, you need to adjust and temper your communication style to be clearly understood.”

He also learned the importance of listening when negotiating — “asking questions and discovering what the other party’s interests are” — and says Wharton has helped change his communication style, which as an engineer tended to be viewing things in black-and-white terms. “An engineer thinks in black and white; a salesperson thinks in gray.”

Mass is using lessons learned at Wharton to help unify his sales and engineering teams — which is critical given the pace of growth in his company, where revenues are up 60 percent a year and headcount is up 20 percent. “Being able to effectively bring together engineers and salespeople into the same room and have them see eye to eye on a concept is as good as it gets,” says Mass.

The Wharton program has also broadened his peer network, with him connecting with other executives, through both a Wharton LinkedIn group established by participants in the Strategic Persuasion program and through one-on-one connections.

“I’ve kept close relationships with several of the executives who I met at Wharton and I have weekly conversations with one of them.” In fact, one of his contacts runs a healthcare organization, and advised Mass on the industry when he was pursuing a healthcare-related telecom client. After six months of negotiation, the company is about to sign with MASS Communications.

“What really helped me was getting some insight into the best methods of communication for a company in this industry,” Mass says. “I absolutely love this program — the benefits of being part of the Wharton community for me personally have been immense. It really has given me a strategic edge to fill in all the gaps.”