Many managers have a default setting when it comes to dealing with workplace conflicts and disputes: ignore them and hope they’ll go away. But time tends to make these difficult situations worse. How can conflict avoiders become adept at managing them? It takes a blend of three key elements delivered with authenticity and confidence, says Wharton professor and negotiations expert G. Richard Shell.

“These situations are very different from standard negotiations,” says Shell. “You don’t have two parties intent on getting to a specified outcome.” The academic director of the Executive Negotiation Workshop: Negotiate with Confidence says conflicts typically start with one party stuck on something that already happened. They may be feeling aggrieved or disappointed, and be emotional and quick to blame. 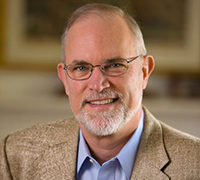 “Without strong negotiation skills, you are at the mercy of those who have them.”

Shell says there are three elements present in successful conflict resolutions: listening, emotional intelligence, and a willingness to apologize. “You have to start by really hearing what the aggrieved person has to say. You might not agree, but you should start by giving them the chance to express themselves,” he explains. Eye contact and body language are important too. “An apology, no matter how well intentioned, isn’t believable if you’re leaning back or looking down at your hands.”

But Shell is quick to add that even though there are best practices and certain reliable ingredients that should be included every time, negotiations of all kinds work better when they feel authentic and don’t follow a script. The Executive Negotiation Workshop instead emphasizes a personality-based approach, using assessments and feedback from numerous rounds of negotiations to help participants home in on their personal style and what works best for them.

“We don’t emphasize techniques,” says Shell. “Instead, you learn different pathways that lead to good outcomes. In a class of 35 people, you can see how different personalities choose different words and actions that work in the context of the other party. There is no one best way.”

During the weeklong program, which he has directed since 1999 and teaches with award-winning professor Cade Massey, participants can clearly see how their current approach is working — or not. Multiple rounds of increasing complex negotiations are followed by debriefs and feedback. In the dispute round, though, a camera is rolling. “Many participants say it’s the most important session of the week. It can be very jarring to see yourself, for example, interrupting, acting defensively, or looking down at your hands for 45 minutes. You rarely if ever get an opportunity to get this perspective on your performance.”

In addition to studying the science of dispute resolution, participants in the negotiation workshop are seeing a new session linked to conflict management: the role of gender in negotiations. Shell shares current research about gender differences in the way people approach tough conversations. “Understanding what these differences are can help you develop effective strategies and work around male and female tendencies,” he says. “But it’s clear that gender is not the only factor that impacts outcomes.”

The research aligns with what Shell has seen in the program over many years. In fact, a simple mental trick can often help women who are anxious about negotiation to gain more confidence: stop negotiating for themselves and realize that they are negotiating on behalf of someone or something else — their families, retirement accounts, and even their future selves. “The highest performing participant we’ve ever had was a woman who was a lawyer from Germany with her own firm. She brought an advocate's perspective to everything she did. What stood out to me was that she combined a gift of being able to get the best deal in every case for her side while at same time showing incredible respect in how she acknowledged and listened to others.”

Shell says improving conflict management skills can do more than just getting the best outcome. “A good dispute outcome can create a context for future relationships. In some situations, you might get a resolution and hope never to see the other person again. Other times you can create good will. But optimally, conflicts end with conditions that have been created for future cooperation. It’s resolved well and respectfully.”

Ultimately, though, being a better negotiator gives you more control. “Without strong negotiation skills,” says Shell, “you are at the mercy of those who have them.”