Home › Wharton@Work › Leading Change: Know Who You Need to Succeed — and Who You Don’t

Leading Change: Know Who You Need to Succeed — and Who You Don’t

There’s a longstanding myth that says leading change is about building consensus. Work hard at getting everyone on board, it goes, and your initiative will succeed. “The literature on consensus building isn’t grounded in reality,” says Greg Shea, a Senior Fellow at the Wharton Center for Leadership and Change Management. “Following it means you will spend time and energy on people who will likely never see it your way.”

“Change is not about consensus,” he continues. “It is about critical mass. The reality is that when you have a large enough group, you won’t get buy in from everyone. There are simply too many conflicting interests, values, and agendas to get everyone on board. In every organization, no matter the problems, there are people vested in not wanting to change.” 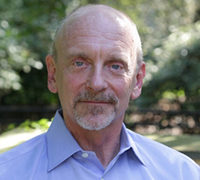 “If you are leading change and there is no sign of resistance, either you’re not being taken seriously, or the resisters are not telling you the truth.”

Shea says because change leaders have limited amounts of time and energy, it’s critical that they make informed decisions about who to focus on early in the process. “Pay attention to the people who are most likely to help you. Overweighting a small group of resisters is a disservice to the larger group.” For those who believe they have no resisters, Shea says this: “If you are leading change and there is no sign of resistance, either you’re not being taken seriously, or the resisters are not telling you the truth.”

In Wharton’s Leading Organizational Change program, he shares a technique for mapping stakeholders into four groups, based on two criteria: who supports the change, and who has your trust. A yes to both means they are Allies, and a no to both means they are Adversaries. People you trust but won’t support you are Opponents, and those who support you but can’t be trusted are Bedfellows. “Don’t jump to conclusions,” he advises. “Make sure everyone is in the right box.”

Here are Shea’s tactics for dealing with each group:

Allies: “They can be trusted to give you honest feedback. Turn to them when you are stressed or frustrated, and lay out your thinking with them.”

Opponents: “You’ll get the gift of public, explicit resistance from them, which means they take you seriously. They give you something that can be addressed, and if you solve it, you may be able to turn them into allies.”

Bedfellows: “This is the most unstable group. Give them small, regular, public tasks that support your initiative and move it forward. ‘Small’ limits the damage they can do, ‘regular’ means you’re keeping an eye on them and tracking what they are doing, and ‘public’ means there are witnesses — others see how they are helping, and if they don’t comply, they lose credibility. If they do all of the tasks flawlessly, that tells you they are really allies. If they do two tasks flawlessly, one poorly, and one not at all, you’re getting strong mixed messages. If they won’t do any of them or do them poorly, they’re really adversaries.”

Adversaries: “There is a tendency to put more people in this group than you should, especially if you’re frustrated. You shouldn’t be spending time and resources on adversaries, so make sure these are the people who are very unlikely to be moved.”

Stakeholder mapping can also help you decide if your initiative has a chance to succeed. If your map shows few allies and many adversaries and opponents, and you believe it is accurate and unchangeable, “kill the project,” advises Shea. “If your boss gave you the project, show her the map and ask if she believes it is correct. Then point out that you could both fail, because it’s her project too. You’ve done your due diligence, and taken the project seriously. But if it’s obviously going to fail, why spend time and energy on it?”

Ultimately, says Shea, leaders need to be thinking about their stakeholders regularly and engaging with them appropriately. “Any large-scale strategy, whether it’s a merger, a cultural change, or something else, is ultimately about implementation and that takes people. When done well, stakeholder mapping is a sophisticated way of engaging continuously and appropriately with the people who will help you get things done.”