After Becky Loranger founded Lakeside Projects Solutions, a facility maintenance company, she had an opportunity to attend a short business education program for company presidents and entrepreneurs in North Carolina. “My background is in aviation. I came out of a cockpit and started my company with no business degree. I jumped at the chance to learn, and it paid off. I left with a binder filled with notes and suggestions of further readings, and over the next three years, revenue increased 300 percent.”

As the growth continued, Loranger realized she was running into situations that weren’t covered in the binder. “At that point, I wondered if additional growth was possible. I thought again about executive education, and turned to Wharton, but I thought their senior management programs were for Fortune 500 companies.” Then she learned that entrepreneurs are increasingly turning to the Advanced Management Program (AMP) to hone their business knowledge and skills. 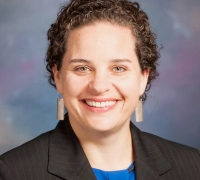 “You change, personally and professionally, and it doesn’t stop when the program is over. You don’t start AMP as A and come out as B — you return to work, and then continue through the rest of the alphabet.”

During the five-week program, she realized that “business is business. It didn’t matter that someone from a billion-dollar firm was sitting next to me. The revenue is different, and there are differences between public and privately held companies, but basically we are all challenged by the same topics. All the content was relevant for my professional development and ongoing growth for LPS.”

Entrepreneurs have some advantages over leaders of larger companies, Loranger notes. “We could take something from every session, whether on finance or marketing or strategy, and apply it quickly. Attendees from larger firms were often frustrated by the amount of red tape that stands in their way. I could — and did — contact our office to implement changes immediately. AMP started making a difference right away.”

In addition to business acumen and best practices, Loranger says the people in the program, including faculty, coaches, and fellow participants, added tremendous value. “As an entrepreneur, you can feel like you’re on an island. Leaders aren’t able to divulge or discuss everything with their team. AMP provides a strong network of leaders. In the six months since the program ended, I’ve reached out to participants for feedback and assistance and even added one of the participants to our advisory board, a bonus I was not expecting.”

Loranger is also still working with her AMP coach, who she says helped her “cut through the noise, get to the root of the problem, and have a breakthrough in the first week on something I had been working on for two years.”

Despite the benefits of executive education, time away from work is a serious consideration for entrepreneurs. It’s one Loranger says should be reframed. “One of the first things many people think is that you can’t go away for five weeks. But if you feel you can’t go, that’s probably when you should go. My challenge was to make myself obsolete in terms of day-to-day operations. Leave the office and see what breaks — that became part of the learning.”

The idea that programs like AMP are only for executives from large companies is just one of the myths Loranger says should be dispelled. “There’s a widespread belief that it’s first and foremost an academic experience. That’s not really true. It’s a transformative experience. You change, personally and professionally, and it doesn’t stop when the program is over. You don’t start AMP as A and come out as B — you return to work, and then continue through the rest of the alphabet.”

Coming back from such an intense experience isn’t easy, but Loranger says participants aren’t sent out into turbulence alone. “Everyone — the participants, the coaches, and the faculty — is there for you. It’s not an easy transition, but it’s not supposed to be. Knowing that helped me to get ready for much greater growth. We have been a high growth company since the beginning, but AMP was game changing. Our performance has improved significantly.”