Gain a Leadership Edge by Becoming Your Own Coach

Global demand for one-on-one executive coaching is on the rise. It’s increasingly becoming the go-to leadership development method for many companies. But there are two potential problems with coaching: first, the price tag can be prohibitive, and second, it’s typically not offered until managers have proven themselves as high-potentials.

One Wharton program is making it easier for those new to organizational leadership to gain a deep level of self-awareness and effectively become their own coach. Wharton management professor Nancy Rothbard says participants who attend The Leadership Edge: Strategies for the New Leader come away with a deeper understanding of their personal strengths and shortcomings, as well as proactive ways to build on or work around them. 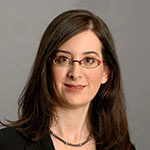 “We have the belief that while there may be things we are born with, it’s what we do with them that matters. Some things may come easier to some than others, but that doesn’t mean they can’t be learned.”

“These leaders have been promoted because they have a strong set of skills, but need to add to them in order to succeed in their new role,” says Rothbard. “The program helps them develop, essentially becoming their own coach, by design. We offer a strong foundation of leadership concepts in a very personal context. Different assessments help participants understand their personality traits and preferences, and they then use that self-awareness to build on their strengths and overcome weaknesses.”

“If you lack self-awareness, you may be letting luck and chance determine outcomes,” continues Rothbard, who directs the program. She and other Wharton faculty work to help participants to dispel the assumption that leaders are born and not made. “We instead have the belief that while there may be things we are born with, it’s what we do with them that matters. Some things may come easier to some than others, but that doesn’t mean they can’t be learned.”

Rothbard recalls a recent example: an introverted university leader charged with raising money for the school. “Fundraising is a tiring activity for anyone, but it’s especially taxing for an introvert. She described walking into a 300-plus person room as a ‘nightmare.’” Early on, she told her team not to put her in that situation very often. Instead, she preferred, and was very effective in, smaller gatherings. She found a way to fulfill her obligation that didn’t involve frequent uncomfortable situations.

But after a few years (and a few cocktail parties), she had an epiphany. She realized that even at parties, she was engaging with people one-on-one. She didn’t have to elbow her way in and find people to talk to — she had a team who was adept at bringing potential donors to her. The cocktail parties weren’t that difficult after all; instead it was the way she viewed them that was holding her back. She was eventually able to consciously shift her mindset, and to block out the rest of the room to focus on the one person she was interacting with.

“When you know where your skills gaps are, you can better work at filling them,” says Rothbard. “Sometimes introverts who want to be in leadership have to understand how the role will affect them and those who they will be leading. That could mean managing situations so you’re not engaging in back-to-back high-stress circumstances. For extraverts, it might mean being aware that you have a tendency to not listen enough. When you keep that in mind, it’s easier to pull back and make sure others have a chance to speak.”

It’s these challenging situations that can provide the greatest lessons. “Being your own coach,” explains Rothbard, “means thinking about what is most difficult for you. Then, armed with knowledge about your strengths, how can you structure those situations to be more effective and play down your weaknesses? You don’t have to change yourself every time, but there is much you can do to change the situation to be a better fit.”