As an entrepreneur, Kennedy is always on the lookout for bold new ideas. When he read the book Innovation Tournaments: Creating and Selecting Exceptional Opportunities by Wharton professors Christian Terwiesch and Karl Ulrich, he became intrigued by the concept that innovation doesn’t have to wait for chance “aha moments.” It can be developed in a deliberate, systematic way. And when he found out that Terwiesch and Ulrich were teaching a course on innovation at Wharton Executive Education, he decided to sign up. 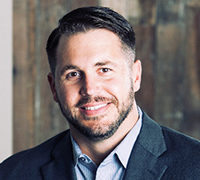 “The Mastering Innovation program provided an extremely effective framework to develop an idea into an actual award-winning innovation. HemoMD received the 2018 American Telemedicine Association President’s Award for Innovation. My experience at Wharton has helped shape this new market solution into something that is improving patient outcomes.”

Mastering Innovation shows participants how to treat innovation as a process, one that can be turned into a powerful driver of profits and growth. It helps executives inspire a culture of innovation throughout their firm. A hallmark of the program is an actual innovation tournament.

Kennedy credits the program with helping him develop a unique, real-world business idea called HemoMD, a telemedicine service for hemophilia patients. It offers them remote services and guidance in the areas of urgent care, dentistry, and psychological counseling. It also fills a critical gap in care: Kennedy notes that aside from an annual checkup at a hemophilia treatment center, patients typically must navigate the health care system on their own.

“Things that you and I take for granted can be very, very challenging for these patients,” Kennedy explains. For example, it can be difficult to find a surgeon or dentist willing to operate on someone with a bleeding disorder. Even visiting an urgent care center or ER is anything but straightforward: “A lot of times the doctor they see hasn’t thought about hemophilia since med school. The patient has to actually educate the physician.”

Heritage Biologics helps manage hemophiliacs’ care on the drug side, where Kennedy has witnessed the “somewhat appalling” consequences of their situation. “We see these patients at 2:00 in the morning when they go to the wrong ER or the wrong urgent care, or choose not to go at all because they’re not confident in the healthcare system.” There’s a financial toll as well: the cost of one unnecessary ER visit for a hemophilia patient can be upwards of $4,000.

Kennedy notes that Heritage Biologics’ co-founder is himself a hemophilia sufferer, “a 35-year-old who’s just had a knee replacement because his joints were so bad from his condition… When you share an office with a patient, you see the anguish and pain they go through. It really drives it home.”

Kennedy’s thought process when he invented HemoMD was that perhaps telemedicine could be used to benefit not only the “walking well” as has typically been the case, but people with rare diseases and chronic conditions such as hemophilia. Inserting telemedicine into the process makes sense, he said, to speed access to resources and information that will keep patients healthier. In Kennedy’s proposed business model, the payers will be health insurance companies, employers, and other care providers that could benefit from having clinical hemophilia experts available at a moment’s notice.

HemoMD has moved beyond the pilot stage to launch mode. The first patients have been enrolled and potential investors are evaluating the opportunity. And in April, some welcome news arrived: HemoMD garnered the President’s Award for Innovation in Remote Healthcare from the American Telemedicine Association.

Going through the Mastering Innovation course yielded another major bonus for Kennedy. He was so inspired by the idea of innovation tournaments that when he returned to work, he conducted one among his staff. A promising invention emerged, this one on the nursing side: VeinViewer, an augmented reality imaging device which shows infusion nurses exactly where a patient’s veins are before needle insertion.

“This technology allows our clinical team to provide a new level of patient experience,” says Kennedy. “The VeinViewer provides immediate visualization of a patient’s vasculature. This results in our nurses achieving more effective IV line starts as the imaging is done in real time.” Kennedy is now working with Christie Medical, a company that commercializes medical technologies, on a clinical study to look at this technology in the home setting of care.

Reflecting on the program, Kennedy said it was one of the most enjoyable courses he’d ever taken because “everything was very applicable to me.”  Of professors Terwiesch and Ulrich, he said they were “phenomenal” at giving the participants real-life scenarios that could be applied “not in weeks, but when you get back from the course.” He added, “This program provides you with the implementation details needed to get things moving quickly within your own organization.”

He also appreciated the community of participants, calling it “a great launch pad for new business relationships to flourish” and noting that he received valuable feedback for his ideas.

Above all, Kennedy says that Mastering Innovation helped him create “a democracy of innovation, culturally speaking, in our company.” He has adopted the Wharton tournament framework as a way of life at Heritage Biologics.

“The value of the course is actually that we as a company got to improve … versus just myself as a single executive. I think that’s tremendous,” he said.