Along with artificial intelligence and robotics, few new technologies have attracted as much attention as blockchain among both financial-service executives and senior-level executives from non-finance areas. “Blockchain has many potential applications — and it is just getting started,” notes Wharton finance professor Itay Goldstein. As academic director of a new Wharton program, Advanced Corporate Finance, Goldstein teaches sessions on new financial technology that show participants how to use real options to expand, change, or curtail projects based on changing economic, technological, and market conditions.

According to a recent report by Deloitte, for example, blockchain has the potential to speed up and simplify cross-border payments, reduce costs for the transfer of value, and enable share-trading with greater accuracy and shorter settlement times. And that’s just a partial list. Yet ignorance and skepticism about the value and subtleties of blockchain remains widespread. 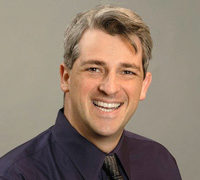 “Blockchain has many potential applications — and it is just getting started.”

How exactly can blockchain provide such benefits? What actionable steps can your firm take to evaluate whether blockchain makes sense for your firm? Goldstein’s sessions will provide a step-by-step approach to addressing these issues for an audience composed largely of senior managers of financial service firms and corporate finance managers of non-financial firms.

When it comes to financial services, for example, the program will clarify how blockchain can potentially reduce the cost of transfer payments, which Goldstein notes are “clearly, at the moment, not very efficient,” as well as reduce costs by potentially making the transfer of payments smoother and quicker. Explains Goldstein, “Banks are making loans and selling the loans or buying loans from others — this is a process that takes a long time.” As for mortgage processing, he adds: “The process of putting a mortgage on the market, and then transferring the ownership of the mortgage to someone else can also take a very long time.” By improving efficiency, blockchain may reduce time and lower costs.

Step by step, Goldstein guides participants through the process of analyzing those areas in their organizations that would benefit from blockchain, while clarifying actionable steps. Guest lecturers from firms that have already implemented blockchain will also provide insights and lessons learned from their experience.

Goldstein cautions, however, that if your firm is to benefit from blockchain, there have to be some other firms already using blockchain in the same application. For example, although your firm may benefit from implementing blockchain-based “smart contracts” that execute commercial transactions and agreements automatically and are also less costly, you may want to wait until such contracts are being used by your banking partners or competitors.

“At the end of the day, blockchain is a bit of a coordination problem among different participants and different firms,” he explains. “I cannot decide unilaterally that I need to do it; I need to have partners. Timing is important.” Goldstein also warns that while you need to have other people in your network who are fully committed to using this new technology, that may be “difficult to coordinate.”

Goldstein also analyzes the risks inherent in using blockchain, including the unpredictability of how a particular blockchain might evolve, and how viable it proves to be over the long run. In addition, risk varies depending on whether you use “open access” or “limited access” blockchains, which resemble a network among a given number of institutions or participants. A “limited access” or closed network probably exposes you to fewer risks, he says.