When Microsoft launched its AI-powered Twitter bot named Tay, the effort was intended to interact with users while conducting research in “conversational understanding.” You might have missed it though. Tay was disabled after just 16 hours, during which users took advantage of its machine learning capabilities to “teach” Tay to post increasingly offensive racist tweets.

That was back in 2016. Fast forward a few years to 2018, when AI efforts had become more mainstream but no less challenging. Recall the debut of LG’s AI assistant CLOi, which was supposed to control home appliances by recognizing voice commands. During a live demo with LG’s marketing chief, CLOi was embarrassingly silent. Later that year, Reuters reported that Amazon abandoned a recruiting algorithm it had been using since 2014 after discovering it was gender-biased. And then IBM’s Watson Health laid off half its workforce after doctors complained it gave potentially fatal cancer treatment recommendations.

The fallout from these high-profile failings was predictable: many companies have decided to wait it out, play it safe, and not invest in AI. Wharton professor Kartik Hosanagar, author of the new A Human's Guide to Machine Intelligence: How Algorithms Are Shaping Our Lives and How We Can Stay in Control, says that’s a dangerous mistake. “We need to learn from the advent of the internet and cloud computing — equally disruptive and transformative technological developments. Many companies jumped in early, failed, and then backed off. That’s what Kmart did. It was one of the first traditional retailers to create an ecommerce store. But it shut down that online store during the dot com bust and realized too late that it needed to get back online. Those that persisted despite the early setbacks did well.” 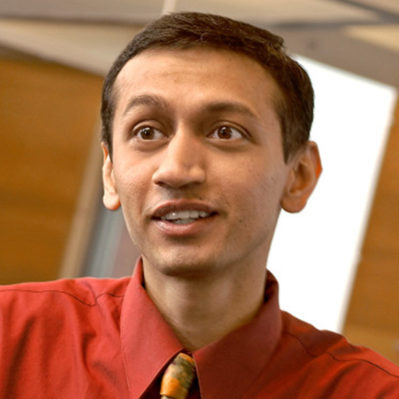 “Companies are already starting to transform around AI, and you’re going to be left behind if you don’t get involved.”

Hosanagar recently told participants in Business Model Innovation in the Digital Age that, like the business efforts around the internet, it’s inevitable that the first wave of corporate AI is doomed to fail. It won’t fail because AI is all hype, but rather because AI-driven innovation isn’t being approached correctly. The good news is there are already lessons being gleaned from the cautionary tales, and they can be used to start building experience and capturing value. “Companies are already starting to transform around AI,” he explains, “and you’re going to be left behind if you don’t get involved.”

He says the first key to success is getting the right stakeholders together to build consensus. “You need to have a conversation with cross-functional teams that want to leverage AI, the CFO and finance organization, IT team, data science team, and business decision makers. The conversation should start with an educational session that covers the basics, including how companies are using AI. Then consider what you want to do with AI that will change the game in five to 10 years. Identify several dozen use cases, including five or six short-term initiatives, and one or two long-term ones.”

The conversation must also involve the data assets you already have. Hosanagar says for AI initiatives to succeed, a data infrastructure must be in place. “If you’re not starting with the right data that’s organized and clean, that can put you behind by a year or more. The C-suite may be chasing big opportunities, but if they discover all they have after a year is a data platform, they could shut it down. To best manage expectations, make sure everyone understands that before you start, you need a data infrastructure in place.”

Next, construct a two-year machine learning portfolio that consists of four to five short-term projects and one long-term project. Then start work on your small projects. “Quick wins might not have positive ROI,” says Hosanagar, “but do them anyway. The goal is building consensus about the potential of AI and gaining the experience and organizational learning you need to transform around AI. When you start to see in a few months that you can make a small win, you realize the big project is possible.”

As you work on those small wins, consider how your AI team should fit into your organizational chart. They might be decentralized, with a machine learning expert in individual teams, or centralized, working as a consulting resource to every division and with the C-suite to prioritize activities. “Both models can make sense, depending on the organization,” says Hosanagar.

Another key decision you’ll need to make as you work on quick wins is whether to build or buy. “There are pros and cons to both,” say Hosanagar. “The pros of building are creating a potential source of differentiation, and developing your organizational capacity to build into the future. Transformation means letting AI seep into your organization, getting it into your DNA. You have to get your hands into it to do that.” But if what you are considering is not a source of differentiation —  if a state-of-the-art system is already out there and competitors have access to it — it makes sense to buy.

This approach will ensure that your organization gets in on AI and machine learning early, and minimizes the risk of failure. You can move closer to a transformation — and with any luck, a step ahead of your competition.