Like many high-achieving leaders, Jose Vizquerra and Peter Bartek had plans to get an MBA, but success got in the way. “When I came to Canada 10 years ago, I decided to go back to school,” says Vizquerra. “But I got an offer to take the lead as a CEO of an exploration company based in Toronto. I could have done my MBA when I was a manager, but when you are offered the role of CEO at 32 years old, you realize stopping to get the degree might mean losing an opportunity. I just said, ‘Maybe my MBA will be in the court playing the game.’”

Vizquerra, now president and CEO of O3 Mining, describes his tenure at Osisko Mining as having “ups and downs,” including a kidnapping in Columbia where they had a project. “We refurbished the company, taking it from $5 million to a billion dollars. I think turning it around and building a strategy from zero was pretty much an MBA.” 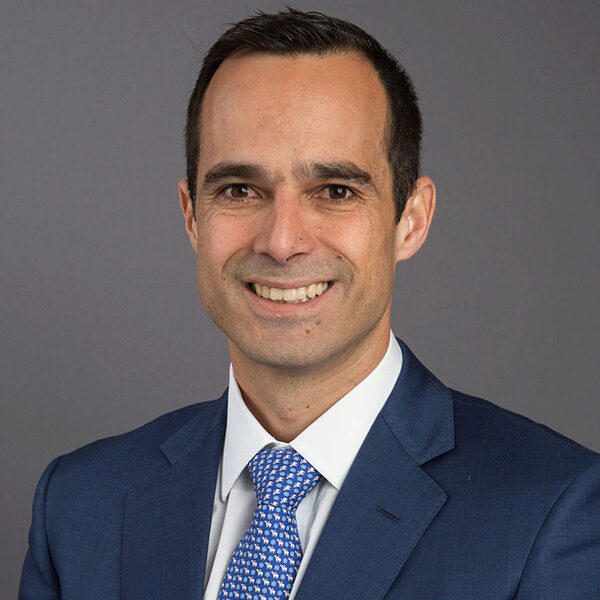 “This experience just attests to how strong the alumni group is, composed of people that are willing to do more than what you would expect from anyone else. I'm so grateful to be part of it.”

But during that time, he says the idea of furthering his education, specifically at an Ivy League school, continued. “I heard my weakness was in finance, and when I searched for schools, Wharton appeared as being the best one.” Vizquerra applied to the General Management Program (GMP), which includes one program each in finance, marketing, leadership, and strategy/innovation, plus two additional programs chosen by the participant with guidance from an executive coach.

He says before coming to Wharton, his “on-the-job” MBA meant he relied heavily on intuition. For example, “I was looking for distressed assets for sale, and we valued them the best way we could. There was a lot of feeling on why you should buy one asset and not the other, but not a lot of theory. Now having had the opportunity to take a program on distressed assets, I understand why certain strategies worked while others didn’t.”

Bartek had a similar journey. While in the process of selling the company he founded to one in the Fortune 500, the experts hired to do due diligence “all had MBAs. We used different terms to describe the same things. It bothered me that I wasn’t speaking their language, and I decided to do something about it. Wharton was where I always wanted to go, so I looked into applying to the Executive MBA program. But when I spoke with Client Relations, they suggested the GMP. It gave me more flexibility in terms of what I would study, I would be working with top people from all over the world, and I could finish it in less time.”

Vizquerra, who also completed the Advanced Finance Program, agrees that the quality of the participants, and the faculty, was significant. “The Wharton programs were an opportunity not only to learn but to interact with other professionals who had much more experience than I had. Where else can you find a classroom of people who have been leading for 20, 30 years? And I have been in many different institutions, but the quality of the professors is unique. It’s a mixture of the knowledge that they have in their subject, the research that they do, and also the exposure they have working directly with companies in many different industries.”

Upon graduating from the GMP program, participants receive Wharton alumni status, a benefit that both Bartek and Vizquerra immediately took advantage of. In fact, Bartek has been instrumental in creating and leading a group of GMP/AMP alumni who connect through WhatsApp and email. That group now includes subgroups centered on the stock market and mentoring young leaders in start-up careers, and is involved with the Wharton angel investing group and Mack Institute for Innovation Management. Monthly wine and coffee nights draw about 75 to 100 people on Zoom, and a new website and podcast will launch this month.

It was in the networking group that the two met. “My mother contracted COVID-19 in May of last year,” says Vizquerra, “and she was not doing well. By day four, she needed oxygen. The doctor said, ‘There's one thing that could help your mom, and that's a medicine called Remdesivir. If you can get it would be great, but I don't think you will be able to — no one in Peru has it.’”

Feeling hopeful for the first time since his mother fell ill, Vizquerra was determined to get the drug. “I reached out to everyone from the ex-prime minister of Peru to CEOs of hospitals around the world. No one could do anything. Then I thought of my Wharton alumni group. I knew I wouldn’t lose anything just typing in the WhatsApp to see if someone can help me."

Bartek, among many others, saw the post. “It was a call to action,” he remembers. “We had hundreds of people from all over the world in our group. With that power, that level of network, we would find some way to get that medicine to his mom.”

It worked. As enthusiasm spread throughout the Wharton network, the Remdesivir arrived in Peru with the help of Himanchu Patel, a friend of Bartek’s. “Everyone was weighing in,” he recalls. “It was very exciting. We didn’t know the outcome yet, but we knew the drug was there.”

“Fortunately by then my mom was better,” says Vizquerra. “She spent 22 days in the ICU, but never had to go on a ventilator. We donated the drug, and it was given to 20 people. Two were on oxygen and doing terribly, but within three days they were able to go home.”

“The most extraordinary thing was having someone like Peter Bartek — who I never met — calling me late at night saying, ‘I have a friend who can help you.’ This experience just attests to how strong the alumni group is, composed of people that are willing to do more than what you would expect from anyone else. I'm so grateful to be part of it.”