Home › Wharton@Work › Crisis Communication: Are You Ready to Meet the Moment?

Crisis Communication: Are You Ready to Meet the Moment?

It’s more than two months into the war in Ukraine at the time of this writing, and President Volodymyr Zelenskyy’s response to the U.S. offer of evacuation (“I need more ammunition — not a ride”) still exemplifies his leadership. The defiance, resolve, and presence of mind it expresses evoke historic wartime communications while also demonstrating authenticity. In other words, Zelenskyy met his moment perfectly, “fundamentally transforming the situation through communication,” says Wharton management professor Maurice Schweitzer. “If he had flown out of Ukraine and created a government in exile and allowed everyone to flee, Ukraine would have been quickly transformed by Russia, and Western leaders would likely have responded very differently to his requests for aid.”

For business leaders, who can reasonably expect some sort of crisis during their tenure, the good news is they don’t need Zelenskyy’s honed telegenic and oratory skills to meet their own moment well. Crisis communication doesn’t need to be perfect to be highly effective.

Schweitzer says the key is preparation. “It’s like a fire drill,” he says. “You can and should prepare for a crisis. If you don’t, the tendency is to become very self-focused, and, as a result, you can make perspective-taking mistakes when you communicate.” The co-author of Friend & Foe: When to Cooperate, When to Compete, and How to Succeed at Both makes his point by recalling a crisis management disaster that’s still cringe-worthy after more than a decade. 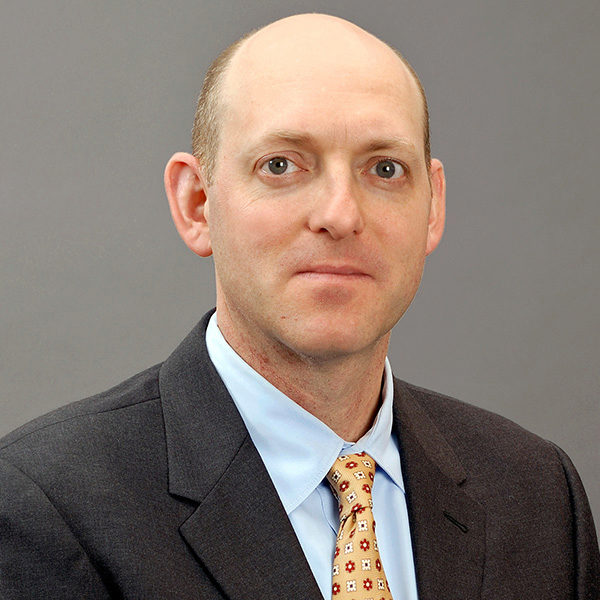 “Take a proactive step in risk management by thinking broadly about what could go wrong. You’re going to fall short: there are too many variables out of your control. But you can anticipate and be prepared. Plan what you will say, and when and how you will say it, and have any necessary resources in place. Preparation can really pay off.”

What Not to Do

Following the 2010 Deepwater Horizon oil rig explosion that killed 11 workers and caused the largest oil spill in U.S. history, BP CEO Tony Hayward first blamed the company’s partners. Then he dismissed the environmental impact of the disaster as “very, very modest.” Finally, he addressed the press. Walking the beach in a starched white shirt and business shoes — just one of many cues that he was out of his element — Hayward complained, “I want my life back.”

“Those comments were incredibly self-focused,” says Schweitzer, “because he was so ill-prepared. He and BP had no plan for an event that, to some degree, should have been expected.” Hayward also had no communication strategy or team to guide him because he had earlier slashed the company’s public relations department to cut costs.

Schweitzer contrasts Hayward’s crisis communication with that of Southwest Airlines’ CEO Gary Kelly. When a 737 overran a Chicago runway and crashed into cars on a neighboring street in 2005, a six-year-old boy was killed and at least 10 people were injured. Within hours, Kelly flew to the scene with 90 employees, delivering condolences and visiting victims in the hospital.

“He was prepared,” says Schweitzer. “His words and actions were sympathetic, heartfelt, and other-focused. He quickly showed up in person with a team. Leaders in transportation and hospitality are often ready for such failures. Ritz Carlton, for example, trains and empowers employees in service recovery. Front-line workers are authorized to make amends to disgruntled and inconvenienced customers on the spot. They are practiced and know how to do it well. But other industries have not caught up. Twelve years after the BP disaster, many leaders still seem surprised when things go wrong.”

Prepare for the Worst

In transportation, lost baggage is a given, and accidents that result in injuries and fatalities are possible. In oil and gas, spills and leaks are probable. Whatever your industry, says Schweitzer, you need to think through potential scenarios, practice reacting, and even role play. “Take a proactive step in risk management by thinking broadly about what could go wrong,” he advises. “You’re going to fall short: there are too many variables out of your control. But you can anticipate and be prepared. Plan what you will say, and when and how you will say it, and have any necessary resources in place. Preparation can really pay off.”

The good news about this kind of preparation is that it doesn’t take an expert PR team to do it (although that clearly wouldn’t hurt). Exercises like “assumption bowling,” explained on behavioral strategist Rob-Jan de Jong’s website and in his book Anticipate, can help individual leaders and teams envision possible future scenarios that they can then plan for.

Studying great examples of crisis communication should also be included in preparations. As Schweitzer notes, “Zelenskyy is not reinventing the wheel. He is following models and demonstrating that he is prepared.” For example, the Ukrainian president echoed the words of Churchill when addressing the British House of Commons: “We will not give up and we will not lose. We will fight until the end at sea, in the air. We will continue fighting for our land, whatever the cost.” The familiar speech was cheered and given a standing ovation.

But even as he references another great communicator and another time of crisis, Zelenskyy is making the moment his own. Most of his speeches are delivered in a t-shirt or hoodie, filmed and distributed via cellphone. Even as he displays the practiced oratory skills and instincts of an actor, his messages are authentic, personal, and of the moment. Schweitzer adds, “What he is doing is incredibly important — and his preparation and commitment to delivering a result for his people by demonstrating authentic compassion and strength and bravery is to be commended.”

“Your opening stance must convey that you acknowledge the situation and take it seriously,” says Schweitzer. If your communication is coming after an error, “listen to criticism, agree there is a problem, and assume responsibility. Be transparent and candid.” He adds that many hospital systems have begun to disclose mistakes immediately. “It used to be that they wouldn’t reveal anything. But legal counsel started suggesting that admitting error was better both for patients and hospitals. Patients want an apology. They need to know they have been heard, and they want to understand what happened. A wall of silence doesn’t work. Being proactive, and explaining what went wrong, is better for patients and their families, and it also reduces the magnitude and number of lawsuits.”

Zelenskyy’s directness is credited with Ukraine receiving billions of dollars in lethal aid, including from countries like Germany and Finland who had not contributed to another nation in crisis before. “He explains exactly what he wants,” says Schweitzer. “We are giving Ukraine some of our most advanced weapons and working around the clock to get them there at the risk of sparking a conflagration with Russia. Western nations are going out on limb because of him.”

But before he gets to specifics, Zelenskyy primes his audience with two other rhetorical devices. Schweitzer explains, “He speaks at a high level while triggering emotion about the unfolding tragedy and appealing to fundamental principles. Then he transitions and talks about what he is looking for. The principles and emotion motivate people, then he channels them to do something specific.” That combination was used recently in a video address to the UN Security Council: after showing a graphic video of atrocities perpetrated on civilians, Zelenskyy forcefully demanded that the Russians be held accountable. “If the United Nations in incapable of preventing violations such as Russia’s in Ukraine, and of fostering peace, it should dissolve itself,” Zelenskyy said. “Admit it if there is nothing you can do besides conversation.”

“As we explored in Friend & Foe, there’s plenty of research that shows an apology changes the nature of the relationship,” says Schweitzer. “It makes the aggrieved person feel better and shows you take the situation seriously. It also demonstrates other-person focus.”

Good apologies are quick and proactive. They also demonstrate remorse by offering some form of compensation. “Penance should involve a cost, but it doesn’t have to be large,” Schweitzer explains. “Restaurants and airlines know a meal coupon or flight refund works to appease disgruntled customers.” Schweitzer’s “The Good Apology” Nano Tool details specific action steps for atoning to repair and even strengthen relationships.

When and How to Show Up

Although Zelenskyy clearly doesn’t have an option, it’s usually better to address a crisis in person, says Schweitzer. “Had he been able to fly to Washington, his address to Congress might have been even more forceful. But in this situation, being in Ukraine is also quite powerful. Zelenskyy understands this. Staying to lead his country is sending a message. When he asks others to make a sacrifice — to stay and fight — he is motivating by example. He visits wounded soldiers and civilians in the hospital, showing up for them not in a stiff white shirt like Hayward, but in jeans and a hoodie. Those actions, with their personal touch, demonstrate that he cares.”

Schweitzer notes that the prevalence of video conferencing, thanks to the pandemic, has made it easier and more acceptable to communicate during a crisis from a distance. “Three years ago, addressing the United States Congress and British Parliament from a country under siege would have been difficult,” he says. “But Zelenskyy is relying on his experience as an actor and his exceptional leadership skills to connect with western leaders. People are used to Zoom meetings, and understand the dire nature of the situation, so it is more than acceptable.”