Investment Advice for the Long Run with Jeremy Siegel

Wharton@Work recently sat down with finance professor Jeremy Siegel to discuss the sixth edition of his bestselling book Stocks for the Long Run: The Definitive Guide to Financial Market Returns & Long-Term Investment Strategies. Siegel explained some of the dangerous misconceptions about investing in equities, why we need to tune out the media’s focus on volatility, how to think about ESG investing as it becomes a political flashpoint, and why investing in the market is still the best way to “get rich slowly.”

Wharton@Work: Congratulations on the sixth edition of your book. It’s been #1 in the Business Investments category for weeks before it was released a few days ago. For those familiar with the fifth edition, which came out in 2014, what’s different?

Jeremy Siegel: First of all, there's a whole chapter on the pandemic. There are also new sections on Bitcoin and cryptocurrencies, and on real estate returns from REITS [real estate investment trusts], comparing them to stocks. But the biggest change was expanding from one chapter on value versus growth stocks to about four chapters. They cover which stocks to buy for the long run, the noisy market hypothesis, value versus growth, and international factor investing. I never discussed some of these topics in the previous editions. So those are certainly some of the prominent changes. 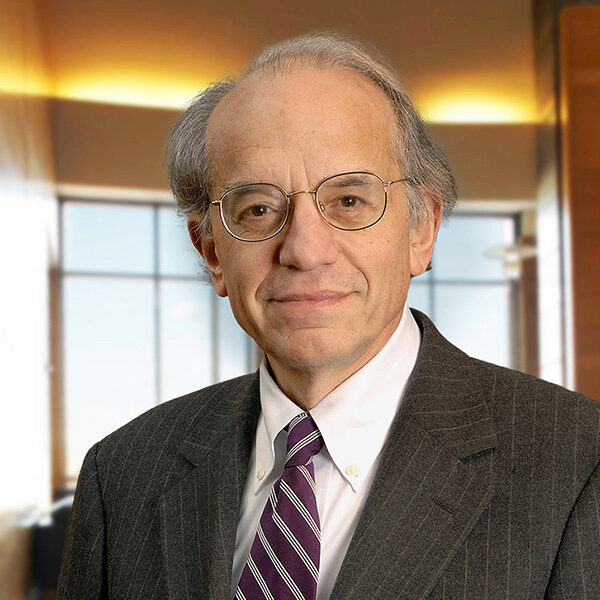 “It's not an interesting story to have a steady 6.7 percent gain a year. It's a story to have big increases and big decreases, but what they don’t tell you is that they tend to iron out in the long run to give you a slow, steady gain. The turtle beating the hare story doesn’t get told.”

W@W: Who is your target audience?

JS: I wrote to share some insights that I have about how to look at the market with others. Although professionals have been the biggest customers for the book, it’s also for the interested layperson investor. Virtually anyone can learn from it because I learned while writing it. But my goal is for people who've been in the market for a long time to read it and say, “That's an interesting idea. I never thought about things that way.”

W@W: You have a section titled “A Little Learning Is a Dangerous Thing.” With Morningstar reporting that 56 percent of Americans now own stock, what are the most dangerous misconceptions affecting their investments?

JS: A little learning can make you think you can beat the market. I warn about trying to pick individual stocks on the basis of thinking something like, “This firm had a good earnings report and didn't go up. I'll buy it.” Sometimes that's right. But often there's a lot of smart money that says, “Just a minute, this report isn't as good as people think it is.” That smart money is going to pick off the relatively unsophisticated people who just look at one or two criteria without seeing the big picture. So you’ve got to be really careful when you play individual stocks. Of course, we all have to start with a little learning, but to beat the market you need to be really smart. Oftentimes, what you think is actually the case smart money knows is not the case.

W@W: That idea about the dangers of a little bit of learning ties in with another section, “Historical Facts and Media Fiction.” There’s so much information available to investors, and it’s not all trustworthy. How does that affect investors and the advisors who try to steer them in the right direction?

JS: The media loves to make a big story about every little movement in the market. Oftentimes, they ignore the big picture, which is the tremendous gain to long-term holders of equities. It's not an interesting story to have a steady 6.7 percent gain a year. It's a story to have big increases and big decreases, but what they don’t tell you is that they tend to iron out in the long run to give you a slow, steady gain. The turtle beating the hare story doesn’t get told.

W@W: Your approach is much more measured. It requires patience and discipline, which some investors just don’t have. How can advisors handle that?

JS: It's exactly opposite of how to get rich quick. The book is about how to get rich slowly, but more surely than before. The drama of the market and the day-by-day fluctuations are exciting, and if you love to play the market, that's fine. But you also have to be very disciplined. Have your long-term savings well insulated from the ups and downs that you see in a speculative portfolio. Although I recommend mutual funds for long-term diversification, I also say if you have a client who wants to have fun, give them 15 or 20 percent of their portfolio. Let them try to beat the market. If they don't, it's only a small percentage.

W@W: “Media fiction” aside, volatility is real, and you include a new section on black swans in the sixth edition. Are these kinds of events happening more frequently, or are they having a greater impact than in the past?

JS: The interesting thing about black swan events like the financial crisis, the COVID crisis, and the one-day record drop in October of 1987 is how they get wiped out in the longer run. As I state in Chapter One, all the big bear markets that so frightened investors appear as mere blips in the long-run, upward thrust of values you get from investing in equities.

In my chapter on volatility, I explain that the worst was during the Great Depression in the early 1930s. Although we had some very volatile days during the pandemic, the single most volatile day happened 35 years ago, in 1987. We've had nothing even approaching that since then. The pandemic year was volatile. The Lehman year, 2008, was volatile. Then we had some of the quietest years for a long, long time. So it's hard to say that these black events are coming with greater frequency.

It's also important to recognize that while everyone talks about volatility, it’s actually a code word, a euphemism, for declines. The term is almost never used when the stock market goes up 500 points a day.

W@W: ESG investing is now a mainstream investment strategy. Recently, though, it has also become a divisive, political flashpoint. Where do you stand on it?

JS: I start my chapter on ESG investing with the great Milton Friedman controversy of 50 years ago about the goal of corporate management. I believe firms can often do well by doing good; there's not always a conflict between the two. If you're a firm that's admired and people will buy your products even though they’re higher priced, you can do really well.

That said, though, today’s ESG rankings have a lot of standard error around them. That means you may be avoiding companies that aren't that bad and investing in companies that you think are great and are not. That could be a problem. I also point out that if you are an ESG enthusiast, be prepared for not having quite as good returns as someone who ignores it.

But investors who care about ESG issues can get what's called “psychic income” from an ESG investment that they would not get from just holding a market portfolio. It’s like organic food: you feel that it's healthier so you buy it even though it costs more.

W@W: You have been the director of the Securities Industry Institute® program at Wharton for decades. Will these new subjects make their way into the curriculum when the program runs again next March?

JS: Absolutely. Financial advisors need the most up-to-date information on both the theory and practice of finance. I'm going to introduce some the new material in the book, and we will expand on topics of growing importance like ESG that we offered sessions on last year. We know the issues and concerns of practitioners, and we respond to them. That’s one of the reasons for the program’s great success and why it is the longest running partnership between an academic institution and industry association in the world.