Jonathan Butwin’s decision to join Wharton’s Executive Negotiation Workshop: Negotiate with Confidence earlier this year was based on encouragement from one key source: his dad. Richard Butwin attended years ago, but told his son the lessons he learned “changed my life. It changed my interactions with every person I meet.” The elder Butwin is president and CEO of Butwin Insurance Group, which specializes in medium-to-large personally held corporations and high net-worth individuals. Jonathan is head of Acquisitions and Business Development.

Richard’s thoughts about the program got very specific when his son asked exactly what those life-changing takeaways were: he sent a bulleted list of his top four. First was the importance of listening, which Richard says is especially true at an initial meeting. “When they are done talking, ask more questions and listen again. People will almost always give you clues or directly tell you what they want. In sales we call them hot buttons. Because I listened, I am able in the second meeting to present solutions to their problems. They NEVER remember telling them to me, and therefore think I am a perfect match — the right person to solve them.”

The art of negotiation is particularly important to both father and son because their business has grown through acquisitions. Richard says he learned through the program the importance of making the pie bigger “with items of importance to the other party and as close to no value to you. When we acquire other agencies, the owner often wants perks, like office location and title, that are worth more to them than the money. I ask them to give me a laundry list of what they want, knowing that those perks will be good for their ego and help make sure they don’t feel like an employee post-acquisition. I once got someone to give me a $50,000 discount for a reserved parking spot which I wasn’t using. If you do a really good job at growing the pie like this, it can diminish the importance of the dollar amount of the deal.” 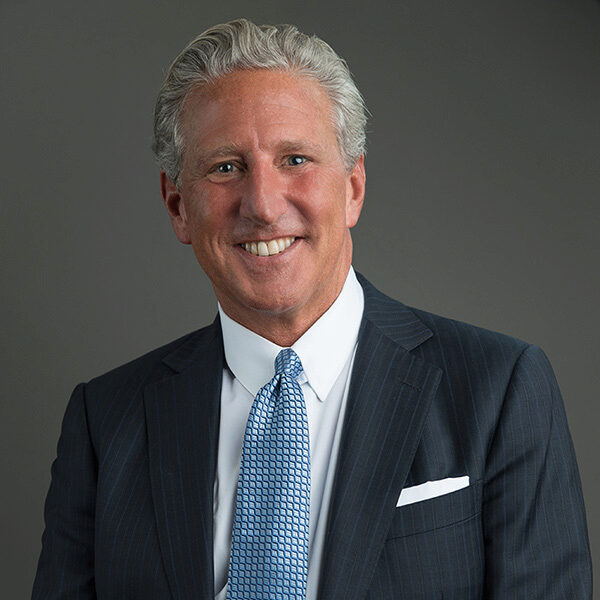 “The Executive Negotiation Workshop changed my life. It changed my interactions with every person I meet.”

Richard explains his third takeaway through a comparison with his training for the New York City Marathon, which he ran four times. “I trained formally for months, five days a week,” he says. “That training was long and unenjoyable, but even though I had still never run 26.6 miles or run with more than two other people at one time, come race day I was physically and mentally prepared. The process made the goal of finishing the race much easier. In sports and almost everything else in life, the better prepared side will usually prevail, even if less talented.”

The importance of preparation is stressed throughout the Executive Negotiation Workshop, and participants learn that it goes beyond arming yourself with facts. Extensive feedback after every practice negotiation dissects not only what is said, but how each party appears and behaves. Richard continues to follow the advice years later: “Prepare by digging and digging for more information. Then, role play the meeting. Practice countering whatever you think the other side could come back with. Look at different angles. Bounce it off other people. When you get to that meeting you should know everything cold.”

Richard concluded the list by stressing the importance of being able to reframe an issue from the other party’s point of view. Think through your negotiation in terms of what the other party might respond to, whether it’s through the lens of finance, values, personality, or something else. Professor Richard Shell, who directs the workshop, stresses the importance of framing the issue to appeal to that person in a language that everyone will understand. “Framing is strategic,” he says. “Use your preparation time to think through what approaches and offers will appeal most to the other party.”

The example Richard shared with his son illustrates how a contractor’s lack of reframing worked against him — and for Richard. “During an office renovation, he installed the kitchen cabinets three inches too low. I said he needed to fix it. He countered with, ‘It’s only your office.’ What he failed to take into account was, first, that my office is my second home; second, I use it more than my home kitchen; and third, my wife designed it. ‘If your wife designed your kitchen,’ I asked, ‘and it came out wrong, would she accept it?’ He responded, ‘I am not doing it over. How about I just don’t charge you?’ That interaction resulted in me getting a $36,000 credit.”

Professor Shell notes that Richard’s takeaways highlight the rigor of the Executive Negotiation Workshop curriculum, which “imparts deep, long-lasting improvements in negotiation practice habits, not just intellectual understanding.” He adds that Richard encouraging his son to attend is one example of a long tradition: “Bosses come after they observe transformations in key employees, and entire teams have attended after a single member brings back news of what he or she has experienced. But the case of Richard and Jonathan Butwin stands out from all the rest. A father who attended our workshop many years ago sees it as such an essential preparation for success that he sends his son to us as that son takes on strategic responsibilities in the family business. What an endorsement of a learning model. We are humbled and grateful for the chance to have that kind of impact on professional lives.”

Jonathan shares Shell’s gratitude. “It was an incredible week, and I loved every minute of it,” he says. “I feel better about myself having done it.” For the Butwin Insurance Group, it was a win-win, and those four key takeaways will continue to pay dividends for decades.