Home › Wharton@Work › Are You a Bad Boss? Simple Fixes for Major Improvement

Are You a Bad Boss? Simple Fixes for Major Improvement

82 percent of American workers would quit their jobs because of a bad manager, according to recent research. The study, titled “Horrible Bosses: Are American Workers Quitting Their Jobs or Quitting Their Managers?,” pinpoints the specific skills and traits most likely to cause resignations, including lack of authenticity, micromanagement, and too many meetings and digital communications. Although the list is long, the good news is that they rarely all apply to one manager, and, even better, these skills are both learnable and fixable.

But before you consider the following six fixes — some of which require more work than others — Wharton Deputy Dean and Professor of Management Nancy Rothbard says we need to acknowledge that change takes effort. “It’s one of the reasons why some people don’t improve. If you underestimate the effort required, you might become discouraged too quickly. Expect that you will run into barriers and slip back into familiar behaviors, but that doesn’t mean you can’t continue to improve.”

Rothbard says it’s easier to make a change if you are open, willing, and self-aware. “Accept that you are going to be wrong at least some of the time. Your perspective and way of doing things may work in many circumstances, but not all.” She says instead of working on making a dramatic change in yourself — which can take years — focus on who you surround yourself with for a quicker fix. “Believing that you aren’t always right, that you don’t have all the answers, will help you build a team that complements you. And being open about that intention will help to create trust and psychological safety: team members know they have been chosen for their strengths and divergent insights and points of view, and will therefore be more comfortable sharing them.” 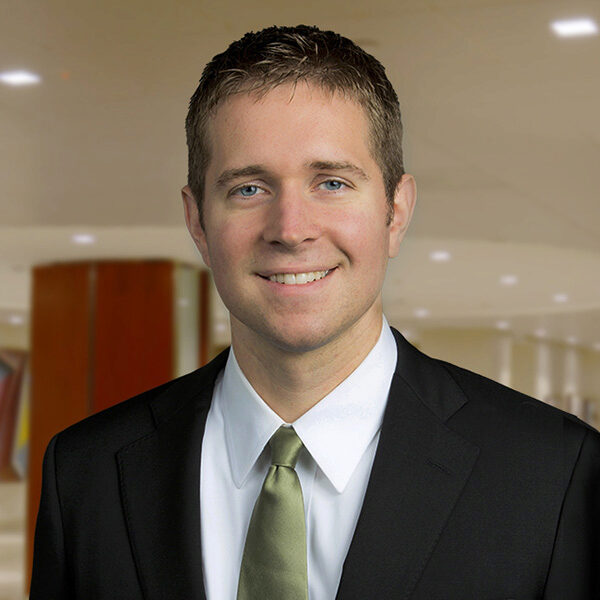 “Managers often encumber themselves with plans that require a deep investment — overhauling hiring policies, sponsoring workshops, organizing a quarterly retreat. But it is possible to make significant changes that are inexpensive and quick to implement.”

“People often think they have to go through a specific program or process to improve,” says Samantha Stahl, who spearheads the coaching component of the Executive Development Program. “But it can be really valuable to say to others, ‘I have ID’d an area I would like to improve. What do you think?’ That could be something like talking a lot in meetings and choosing to work on listening more. By sharing your goal with another person — in coaching we talk about connecting with an ‘accountability partner’ — you can get feedback on your performance. Letting someone know what you are focusing on and asking for feedback can be incredibly helpful.”

Stahl then encourages managers to reciprocate. “We don’t ask enough questions, so we make too many assumptions. Find out how people specifically like to receive feedback, what they need from you, and what they are looking for from their job. This isn’t just to give back to the other person — which is a goal that can yield tremendous payoffs — but also to continue to learn yourself. As you focus and watch someone else’s behaviors, you get an opportunity to both learn and grow. Trust and transparency can be strengthened through this process.”

Wharton Management Professor Andrew Carton, who teaches in the High-Potential Leaders: Accelerating Your Impact program, says change that maximizes benefit and minimizes cost are within reach of every leader. “Yet managers often encumber themselves with plans that require a deep investment — overhauling hiring policies, sponsoring workshops, organizing a quarterly retreat. But it is possible to make significant changes that are inexpensive and relatively quick.”

“The language we use is perhaps the best example of a tactic that can have massive benefits at minimal cost,” says Carton. “In my own work I’ve focused a lot on the role of mission statements, vision statements, value statements, and other ways of capturing and communicating what our organizations are ultimately trying to achieve. Most of us realize that these statements need to be more than words. But we’re often not aware of the importance of the precise language we use. The small details really do matter when it comes to maximizing the impact of what we say.”

Carton says effective visions are typically no more than 15 words — and highly concrete (“a Starbucks on every corner”) rather than abstract (“striving for excellence”). Values are also more effective when they are simple (three or fewer) and “consistently invoked. It’s not all that helpful to say that ‘we stand for respect, integrity, collaboration, innovation, open communication, and customer service.’ That’s overwhelming. Instead, distill and prioritize. Organizations are best able to reap the benefits of shared meaning, cohesion, and coordination when their ultimate aspirations are simple. If integrity is more important than all of our other values, then integrity should be the sole focus of our communication.”

More simple communications work better because they meet people where they are. “Our ‘default mode’ is to think about the world as it makes sense to us,” says Carton. “But when we communicate to others, we need to realize that everyone we speak to may be lost in thought as they try to solve pressing problems. When you communicate to them, you need to respect the demands on their time and attention, and keep the story as simple and as consistent as possible. That’s what sticks.”

Stahl points out that the leadership skills you choose to focus on must take into account the culture and norms of your organization and your personal values. “There are companies that see emotional intelligence, for example, as a core competency, and others that don’t value it. Pay attention to what is rewarded in your organization. And your personal values add a layer of complexity,” she says. “What type of leader do you want to be? What is important to you whether or not it is rewarded by your business? Think about how you can make changes on your own team and circle of influence to better align with your values.”

“Part of a manager’s role is to support people and help them find a way to succeed,” says Rothbard. She suggests shifting your mindset from manager-as-mentor, which often means offering passive support, to manager-as-sponsor, someone who actively works to develop people. “This shift also requires you to focus on the future instead of only managing for today and solving yesterday’s problems. We often think of the future programmatically, in terms of new ideas and initiatives. But managers must also think of the future in terms of people and their development. In general, move beyond the past and present to plan for the future. That mindset shift can take you from being a decent manager to being a great one.”

The biggest trip wire that managers stumble upon, according to Carton, is misunderstanding what people truly want in their work. “We often don’t realize we are assuming that the goals that people have at work are distinct from the goals they have at home. When people are at home, we know that they want to work on interesting tasks (hobbies) with people they love being around (friends and family). They want pretty much the same thing when they get to work. They want interesting, meaningful responsibilities, and they want to collaborate with people they respect and who respect them. There isn’t a switch that suddenly flips during the commute to work that leads them to metamorphose into homo-economicus. Our needs at home are the same as our needs at work.”

Meeting those needs means designing work “in a way that speaks to our humanity,” he says. “Too often this is not the case. Our work is tedious, alienating, or seems meaningless. There are fixes, and some of them aren’t unduly expensive. General Electric sometimes encourages employees to go on field trips to see their work in its final form. A group of engineers might take a trip to an airport to watch a plane that they helped build take off. Once the plane springs into their air you’ll see them high fiving each other. Some of them will even be crying. If you think about it from their perspective, it makes perfect sense. This is their life’s work. They’re seeing the purpose of what they do. It has come to life for them.”

Decades of data reinforce the misperception that work and life goals are different, Carton continues. “Managers think that their employees are primarily motivated by the superficial and the transactional (money, promotions), whereas those employees are actually more motivated by core human needs. That doesn’t mean that people aren’t interested in raises and promotions — of course they are. But there is a reason that lottery winners often don’t retire from work. Our jobs provide us with something fundamental about being a human, or at least our jobs have the potential to give us this. To unleash this potential, managers have to exit default mode and question the taken-for-granted assumptions they often make about what their employees truly want. What they want out of work is the same as what they want out of life.”