Wharton finance professor Dick Marston has more than a passing interest in the HBO series Succession. Based on his work with families in the Private Wealth Management Program, he says Succession is “incredibly insightful about family dynamics,” adding that the fictitious — and hugely dysfunctional — Roy family brings the case study used in Private Wealth Management to life.

“Succession and the case study are both about a patriarch who created enormous wealth and isn’t willing to share any of the investment decision making, even though he has made some serious mistakes. The show, and the case study, make it clear that it’s never just about the wealth and how to invest it. You also have to consider and deal with how different family members cope with the wealth. Family dynamics play a much larger role than many people believe they do.”

The family in the Wharton case study, and Succession’s Roys, serve as cautionary tales. “They represent an extreme,” says Marston, “and are a good lesson about what could go wrong if the head of the family makes bad investment decisions. There’s a lot of richness in the show, and the similarities with our case study are striking, even though they were written about 20 years apart.” 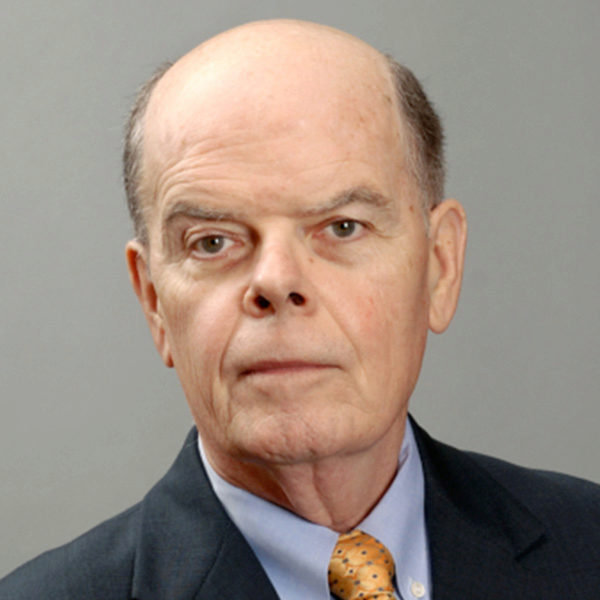 “Succession is about a patriarch who created enormous wealth and isn’t willing to share any of the investment decision making, even though he has made some serious mistakes. The show makes it clear that it’s never just about the wealth and how to invest it. You also have to consider and deal with how different family members cope with the wealth. Family dynamics play a much larger role than many people believe they do.”

The case study that Marston refers to was written by Charlotte Beyer, exclusively for the Private Wealth Management Program (which runs next April 30–May 5, 2023). Beyer is the founder of the Institute for Private Investors, and came to Wharton in 1999 with the idea that ultra-high net-worth families could be helped by Wharton’s finance and investing experts. She partnered with Marston to develop the program, which has engaged more than 1,400 participants over 20-plus years.

“Our goal has always been to engage very smart people who are not sufficiently knowledgeable about investments, and teach them what they need to know,” says Marston. “The program is the first of its kind, I believe, to focus solely on investments. It’s not about how to run a family business, for example. We help family members understand how to invest, and what to look for in terms of types of investments, financial advice, and portfolio management. They become good consumers of investment advice even if they are not making specific decisions themselves.”

While Private Wealth Management was initially attended mostly by Americans, about half of the participants now come from outside the U.S., and many are relatives of those who have attended previously. “Nearly every country in the world has been represented over the years,” says Marston. “And that mix of nationalities created new and significant benefits: participants learn how other families across the globe manage their wealth and how portfolios, taxation, and estate planning differ across countries. They also share many common challenges. What they learn from each other, outside the classroom, is incredibly valuable.”

Those outside-the-classroom lessons begin on the first day of the program, when participants join small groups to work on the case study. “It helps to start the conversation about some of the common problems they face,” says Marston. “The entrepreneur in the case makes some serious mistakes investing his wealth, but he doesn’t want to involve anyone else in financial decisions. The program participants work together during the week to create a better investment strategy for the family, and also come up with suggestions for dealing with the family dynamics that are in play.”

Marston says the program creates a true learning community that includes both faculty and participants. “Our instructors are Wharton faculty experts in the key investments we cover, including private equity, real estate, hedge funds, and stocks and bonds. We always include one session led by the head of one of the largest family offices in the country, a brilliant investor who once ran the endowment for the Institute for Advanced Studies at Princeton.”

The case study brings it all together, as participants apply what they learn in the classroom and their own knowledge and experiences. “In the final — and in my opinion the best — session of the week,” says Marston, “the case study groups present their plans to the rest of the participants, and those plans are evaluated by a panel of experts. It’s a culmination of everything that has been learned over the week, and there are always some great insights shared.”

The program addresses the mistakes Marston sees most frequently with UHNW investors, which represent two extremes. “Some entrepreneurs, who have taken huge risks during their career, become very risk averse once their company is sold. They worked so hard to build wealth that they become paralyzed when first investing. They don’t yet understand how to protect and grow their investments through diversification, so they make a fundamental mistake by keeping their portfolio as safe and conservative as possible, often holding mostly bonds and cash.”

For these investors, he says it’s instructive to look closely at endowments and other institutional investments where the managers have a fiduciary duty to safeguard a portfolio that will maintain the institution. “Endowment managers do have some assets that have risk, but they are diversified to the extent that any one particular risk can’t dominate the financial outcome. Studying their portfolios is an excellent way to understand diversification and how it works in real life.”

The second mistake is the other extreme: investors who believe the only way to create greater wealth is to take chances. “Often,” says Marston, “they believe they can find a very smart investment advisor who has had some real success, who can choose great stocks or other investments, and who concentrates a portfolio on those assets. It’s the opposite of diversification. These portfolios are based on too much trust in one individual, and have too much risk.”

Again, he says it is instructive to see how investors have achieved success in the past by balancing risk and safety. “We look at the portfolios of endowments and foundations — which are often similar in size to those held by program participants — to study the elements that allow them to preserve wealth for future generations.”

Since Private Wealth Management was launched in 1999, there have been at least three recessions and other serious market declines. Marston says he expected to observe plenty of panic among participants during those times, “but even in 2008–2009, and this year, it wasn’t there. As a group they don’t seem as sensitive to market conditions as those with much less wealth. UHNW individuals and families understand that markets go through cycles, and that rebounds eventually occur. As investors they tend to have more patience.”

When asked about today’s market conditions, Marston says there are a few unique characteristics. “So far this year, everything has gone down, including treasury bonds and other ‘safe’ investments. That has caused many investors to panic,” Marston says. Although “it’s a disturbing time to see inflation rise and the Fed being so aggressive, it’s important to stick with your plan. If you have a sensible, diversified portfolio, don’t panic. Wait it out. We have been through worse cycles before — the market will recover.”

“In the last few recessions,” he explains, “the Fed came to the rescue of investors. During the financial crisis, they worked wonders in turning around the economy quicker than anyone expected. Today, though, the Fed is itself causing a potential recession in the course of doing its job, which is not to rush to rescue the economy, but to lower the inflation rate before it becomes imbedded in the economy. That’s very different than what they did during the pandemic, in 2009 as the economy went into financial panic, and in 2000–01 when the market collapsed from the dot com bust.”

He believes the Fed is doing the right job for investors — in the long run. “Instead of rushing to the rescue, they are now causing a slowdown deliberately. We don’t yet know if it will lead to a recession (it is leading to one in the housing market), but it’s clear we will be worse off if the Fed doesn’t get rid of inflation. Right now, in the short term, they are the foe. But ultimately it will be to the benefit of investors if inflation comes down.”