For companies looking for growth through a merger or acquisition, Wharton finance professor Robert Holthausen says don’t pay too much attention to the headlines. That press includes the 13 deals over $25 billion that were closed in 2017. “Those deals make the front page of the Wall Street Journal,” he says. “But in 2017 there were over 3,300 deals in the $100-500 million range and thousands and thousands of deals under $100 million. Your perspective gets skewed if you are only focused on the blockbusters.”

Holthausen says for most companies, those blockbusters aren’t a blueprint for the types of transactions they should be considering or for their own success in acquiring companies. As academic director of Wharton Executive Education’s Mergers and Acquisitions program, he notes that developing a strong internal process for evaluating and completing M&A transactions and having a solid awareness of your market and your competition and the external market are much more important. 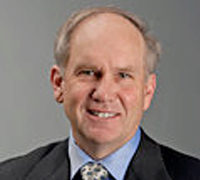 “Private equity firms now represent about 20 to 25 percent of the total market. But even though they play a large role, they’re not on everyone’s radar.”

“Many of the participants in our M&A program are generalists, including CFOs, CEOs, division heads, and leaders in strategy and corporate development. They’re not experts in valuation, tax, or law, and they don’t have to be. But those are important elements in a transaction, so building literacy is necessary. You have to see the whole landscape — strategy, culture, legal, tax, valuation, negotiations, integration, due diligence — and understand how intertwined everything is. We help them develop an integrated view and a solid process that includes all the important elements for successful completion of a transaction.”

In terms of the external market, Holthausen says it is obviously important to understand what is shaping your market and competitive environment, such as consolidation, technology advances, changes in regulation, and more. In addition, it’s critical to consider two other external forces at work in today’s M&A market: cross-border activity and the role of private equity.

“A lot of companies are buying and selling across borders,” says Holthausen, meaning the target and the acquirer are in different countries. “In fact, these deals are about 30 percent of the total M&A market. Clients expect companies to be able to offer services and supply products globally, which is an important reason for the number of deals.” He says if you are eyeing a company, you should expect that bidders from around the world might be interested in the same target.

Another important consideration is private equity firms, whose deals now represent about 20 to 25 percent of the total M&A market. “PE firms are sitting on a lot of money (called dry powder),” notes Holthausen. “But even though they play a large role, they’re not on everyone’s radar. A company looking to acquire may think of themselves as the strategic buyer who can use the asset best, and therefore they’re the strongest contender.”

He says companies can get caught off guard in the bidding process because they fail to consider the importance of the private equity firms in the M&A market. “The strategic buyer sees all of the synergies they can create with the target company and is confident that they have correctly valued it. But many times, even though PE firms plan to operate the business on a standalone basis, they can outbid a strategic buyer because they will use lots of cheap debt to finance the transaction.” Holthausen says if you are looking to buy a company for under five billion dollars, be aware that in many cases you will be bidding against PE firms, so understanding their motivations and considerations and how they value companies can help prevent you from getting blindsided.

“Be aware from the outset of the importance of PE players and foreign buyers who are affecting the M&A landscape and the competitive bidding process,” he notes. “You may have a great process and have identified an acquisition target that you have great synergies with, but you might not get It — at least not at the price you want to pay — because a PE firm or a consortium of PE firms could outbid you. A foreign buyer who can create more synergies with the target could also swoop in and outbid you. When you understand the dynamics of the marketplace, you can have a much better sense of what to go after and how to bid.”