Dynamic pricing isn’t new. If you’ve ever bought tickets to your team’s championship game or tried to get an Uber during rush hour, you know that prices can surge when they’re in high demand and decrease when that demand returns to normal.

But today, bolstered by new technologies and new applications, dynamic pricing is being practiced in a widening range of industries and situations. Museums and restaurants are getting in the game, and those who’ve been playing for years are going deeper. There are recent indications, for example, that airlines, using deep customer insights, are planning to charge different prices for the same seat on the same flight depending on who’s buying it, even when booked at the same time.

Wharton marketing professor John Zhang says that while it’s always a good idea to take advantage of the variations in your customers’ willingness to pay — and to be aware that willingness can fluctuate depending on the situation — successful dynamic pricing strategies are not that simple, and the cost of getting it wrong can be steep. 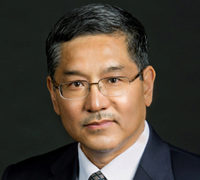 “Dynamic pricing is always more palatable when your customers believe that the amount they are paying is linked to their own choices.”

“We typically think of dynamic pricing when there is capacity constraint and high demand,” says Zhang. “Consumers have come to expect variable prices for scarce resources like tickets to a popular show. But applying it more broadly to situations that consumers aren’t used to could backfire. There are dos and don’ts that companies need to pay attention to.”

Zhang, who co-directs Wharton’s Pricing Strategies: Measuring, Capturing, and Retaining Value program, says if customers become aware that they’re being charged different prices for the same item, they’re probably going to be upset. And thanks to social media, angry customers can create a PR disaster.

“There are pricing differences that people accept,” he explains, “especially when that price is viewed as based on a choice they have made.” Fashion retailers have capitalized on this acceptance for years, starting with higher prices when new items become available. For their fashion-conscious customers, who want to be certain to get the right size and color, that price is acceptable. But the more price-conscious customers will wait for the inevitable price drop, even though they know there is less certainty that they will get what they want.

The airline industry follows a similar model. Consumers know the price of a ticket is lower if they buy it earlier instead of waiting until the last minute. If they decide to fly within a couple of days of purchase, they accept that they will be charged more than they would have if they planned ahead.

But because the internet and new technologies are making it very easy to make quick adjustments, new players are using dynamic pricing in unexpected places. Zhang says companies are becoming increasingly aware of when their higher-income customers are buying online, and some are raising prices at those times. “There is an opportunity to charge different people different prices even without a capacity restraint or variable demand,” says Zhang. “But if customers are able to compare prices and figure out what’s going on, it can create a problem.”

The best way to avoid upsetting your customers, says Zhang, is to create minor differences in the product. “Consumers will accept price variations if they believe the product is different, even if just slightly.”

New applications of dynamic pricing are also following the mature airline example, harnessing the model to lessen the problem of capacity constraint. Zhang cites a popular London restaurant that is now changing its prices based on when you make your reservation. The menu stays the same, but prices are 25 percent lower during off-peak times like Monday lunch and 15 percent lower during mid-peak times (think dinner on Tuesdays and Sundays). On Friday and Saturday nights, they charge full price.

Zhang says the restaurant model, one that’s also currently being tried by museums, state parks, and other venues, works because it’s transparent. Consumers know that the price they’re being charged is at least in part determined by their selection — that is, when they visit or make a purchase. “Dynamic pricing is always more palatable when your customers believe that the amount they are paying is linked to their own choices,” Zhang says.