Become a Leader of Leaders

When Larry Merlo started his tenure at CVS in 2011, he convened a small group of employees to answer a big question: who are we? Their answer, we help people on their path to better health, became what Merlo calls the company’s guidepost.

Following it explicitly, Merlo reasoned that CVS could not continue to sell tobacco products. On the company’s blog, he explained, “Cigarettes and tobacco products have no place in a setting where healthcare is delivered. This is the right thing to do."

Wharton management professor Mike Useem interviewed Merlo for Go Long, a new book on long-term strategy written with three co-authors. “What Merlo did is an excellent example of being a leader of leaders,” said Useem. “He knew he couldn’t just sit in his office and make the announcement that the company would stop selling tobacco. Nothing would have happened. To make the decision a reality, he had to work to get the CVS board to agree to a one billion dollar short-term loss. He also had to work with those who reported to him to ensure that all 4000 stores no longer had tobacco on the shelves. And he had to work with the local store managers who had to deal with a sudden loss of revenue.” 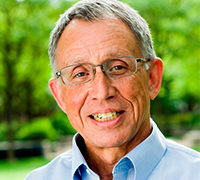 “No matter how much authority you have, you are going nowhere if you can’t persuade, take control, and bring people above and below you along in your direction.”

Useem says an executive education program he directs, Becoming a Leader of Leaders: Pathways for Success, works with senior executives to understand, as Merlo does, that leadership happens in layers. “No matter how much authority you have, you are going nowhere if you can’t persuade, take control, and bring people above and below you along in your direction. The program gives you an entire week to devote to strengthening those skills.”

Participating executives learn that being a leader of leaders goes beyond a boss, direct reports, and the layers above and below them. There are also consumers that you have to lead, says Useem. “You can’t just tell them what to do. You have to appreciate what they want, what sources of resistance they bring, and what they need from you. Being a leader of leaders includes being very savvy about market trends in consumer preferences and mindsets.”

At yet another level, there are the company owners, hedge funds, and activist investors whose demands are often at odds with one another. “Activist investors and short-term traders put pressure on companies to be totally focused on quarterly returns,” says Useem. “But fortunately, others out there are sending a different message.”

The four largest investment companies — State Street, Vanguard, Fidelity, and BlackRock — are increasingly saying that companies have to step forward and think longer term. “They want them to be worried about climate change, and about their impact on the social fabric,” says Useem. “As a leader of leaders, part of your function is to hear what investors are saying, be mindful of what activists want you to do, but at the same time appreciate what Larry Fink at Blackrock would like you to do as well.”

It’s a tall order. But in Becoming a Leader of Leaders, Useem and other Wharton faculty stress that it is a set of skills that can be learned. They use team exercises, case discussions, computer simulations, and personal development sessions to help participants hone them. That means leaving Wharton with a strengthened capacity to be strategic and decisive, have a vision, communicate well, and gain the respect of those above you — and below you.