Home › Wharton@Work › Gettysburg as Classroom: Leadership Lessons from the Battlefield

Gettysburg as Classroom: Leadership Lessons from the Battlefield

Some of the most powerful lessons come when you step outside your industry, your company, and even your own leadership. In one Wharton program, a decidedly non-traditional business case is taught on a Civil War battlefield.

Visiting Gettysburg’s picturesque Little Round Top today, it’s difficult to imagine what happened there on July 2, 1863, when a fight that began with bullets and ended with bayonets left over 7,000 soldiers dead. But roughly 40 people — participants in the Becoming a Leader of Leaders: Pathways for Success program — had seen the battle reenacted in the film Gettysburg during the two-and-a-half-hour bus ride from Philadelphia. Now as they stood on hallowed ground, they listened intently to the story of how Maine volunteers led by Col. Joshua Lawrence Chamberlain repelled five Confederate assaults before their legendary bayonet charge.

Then, Wharton adjunct management professor Greg Shea stepped forward and pivoted to a topic not covered in the history books: what Chamberlain’s heroism, which earned him a Congressional Medal of Honor, can also teach us about business leadership. In Shea’s re-telling, Chamberlain is a high-potential executive — a “HiPo” — who took time for coaching from a West Point grad and then read the right military tracts before he knew he was finally ready for command. 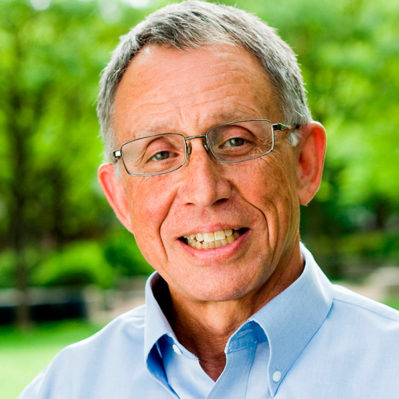 “By getting out of your comfort zone or getting out of the industry you’re in, you can get fresh insight into what you’re doing, or what you ought to be doing, because you’ve looked far away and are not encumbered by some of the misperceptions or blinders that we have at home.”

“Chamberlain said, ‘I need someone to tutor me because I don’t know what I need to know,’” Shea told the group. “It’s the theme of how do we manage high potentials, and how do we manage ourselves,” he continued, as many of the business leaders on the shady hillside nodded in agreement.

Civil War battles are not the kind of detail you expect to hear in a business case study. But then there are few experiences in American business education that can quite compare to the 12-hour Gettysburg outing that serves as a centerpiece of the week-long Becoming a Leader of Leaders: Pathways for Success program. Shea explains, “Traditional business cases, while useful, allow people to stay closer to their usual orientation and that can cloud the leadership lesson. Moving to less familiar material allows the leadership themes to emerge more fully, since participants are freer to focus on it and not on a perhaps familiar business problem.”

Michael Useem — Wharton management professor, director of the school’s Center for Leadership and Change Management, and a cocreator of the Gettysburg program — said that “by getting out of your comfort zone or getting out of the industry you’re in, you can get fresh insight into what you’re doing, or what you ought to be doing, because you’ve looked far away and are not encumbered by some of the misperceptions or blinders that we have at home.”

Useem noted that unconventional case studies, outside speakers, and class exercises — such as rowing an eight-person shell on a river or training with the New York Fire Department — have become a hallmark of executive education at Wharton. The goal is to inspire students to think differently about the meaning and sources of leadership before they return to their glass-windowed offices.

But the Gettysburg outings stand out as a one-of-a-kind tradition, with Useem and other Wharton academics leading as many as 10 to 12 trips there each year, for groups ranging from MBA students to tailored outings for individual corporate clients. That’s partly because of proximity — with the battlefield just two-and-a-half hours west of Philadelphia — and partly because Gettysburg left such a rich historical record, with so many books and movies. But it’s mostly because the challenges facing the Union and Confederate commanders at the turning point of the Civil War can be easily re-imagined as textbook cases of leadership dilemmas.

“I never thought that looking at historical events through a slightly different lens could provide so many lessons in leadership that we could apply to our day-to-day lives,” Rohit Chande, president and co-founder of Spectra Ventures, reflected. “Standing on the Little Round Top where Joshua Lawrence Chamberlain valiantly fought the battle and led his troops to victory, I could imagine the power of words and actions that we have on our own teams.”

That lesson is very much in the spirit of the week-long Becoming a Leader of Leaders program, in which attendees are challenged to re-think the meaning of management in scenarios writ both large and small. The afternoon before the bus tour, participants sat in a classroom to set the scene. Shea portrayed the America of the 1800s as a large successful startup enterprise — both revenues and headcount were skyrocketing, thanks to the Industrial Revolution — that was nonetheless riven by conflict because of the big issue, slavery, that its founders had failed to resolve.

Fittingly, the trip ended on the outskirts of the vast cemetery where more than 6,000 mostly Union soldiers are buried, and where Abraham Lincoln delivered his renowned Gettysburg Address just four months after the battle. Useem told the students scattered across the grass that the short presidential speech was a classic example of a leader promoting the cause of unity, with a tone that anticipated the reunion of North and South.

Shea stressed the importance of seeing situations for yourself — whether at a place like Gettysburg or as in a story he told them while on Cemetery Ridge about a cable executive who didn’t understand her firm’s morale problem until she spent the day in the field with a technician. “It changed her sense of urgency,” he said, as the group looked out onto the plain where Union soldiers held off Pickett’s Charge. “Where’s the place that you could stand where things might look different?”