Home › Wharton@Work › From Melbourne to Philadelphia: The General Management Program Is Worth Traveling For

From Melbourne to Philadelphia: The General Management Program Is Worth Traveling For

How far would you go to attend Wharton Executive Education programs? Steve Wong probably has you beat. He travels over 10,000 miles to Philadelphia from the Land Down Under: Melbourne, Australia.

For Wong, it’s been well worth the 27-hour flights. He was accepted into other prestigious executive education programs but found Wharton to be unique. While other schools “all give you the same curriculum regardless of what you need,” he says, the General Management Program offers the flexibility to select from a wide range of open-enrollment courses. “You can really customize it,” Wong says. “You can fill in the areas that you think you need help with.” 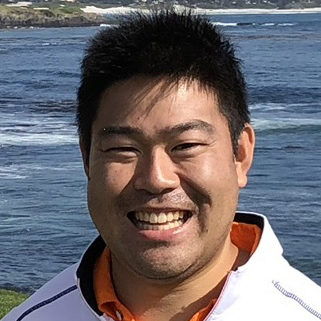 “Wharton‘s General Management Program is the only program to my knowledge that gives you that flexibility to customize. I’ve been to [other prestigious schools] and had a number of conversations with them about what I wanted, but they all give you the same curriculum regardless of what you actually need. Wharton is quite unique in this respect.”

He also values the fact that the GMP can be accomplished over a longer time period so he doesn’t have to be away from his job for six or eight weeks at a stretch. He calls such breaks “impractical” for someone with an essential role in a business.

Above all, he finds Wharton programs to be more real-world than those of other institutions. “Most executive education follows [the same] pattern: it’s quite theoretical. You get taught a theory; you get split into groups; you discuss cases, come back and talk about that, and ‘rinse, repeat’ for the week.”

But Wharton is different, he says, citing the Executive Negotiation Workshop: Negotiate with Confidence as a notable example. “The tempo, the pace, the way you worked… was fundamentally different than any course I’ve done.”

He found the workshop extremely helpful because “you’re literally negotiating nonstop for a week.… It ingrains those habits in you.” As the chief dealmaker for carsales.com, he became “a lot more confident about [his] ability to execute and negotiate well” and he’s delivered profitable business outcomes as a direct result.

Another program Wong completed is Customer Analytics for Growth Using Machine Learning, AI, and Big Data, which he characterized as “fantastic.” He describes improving his grasp of best practices in data, machine learning, and analytics, which he says is very relevant to his job. “A huge part of what we're doing at carsales.com is to think about, as a technology company, what data do we need… to maximize our ability to wrap all of our services around the customer experience.”

Wong has also taken Strategy and Management for Competitive Advantage, Driving Growth through Strategic Partnerships, and the Strategic Persuasion Workshop: The Art and Science of Selling Ideas. He completed the GMP last month after attending Venture Capital.

The General Management Program also includes one-to-one, professional executive coaching and support. Participants complete a psychological assessment so Wharton can match them with coaches who will be most effective for them. Wong truly appreciates this aspect of the program. “My coach Richard Marcus has been awesome. There are some people you just connect with — they get you — and he absolutely gets me…. I’ve found his advice to be invaluable.”

Wong is looking forward to achieving Wharton alumni status, a major benefit of completing the GMP. “The Wharton name, since I’ve started doing these programs, has helped create some personal connections with people,” he observes. “Having that point of commonality … is often great just to break the ice.” The alumni status will also help “credentialize” him as part of a global tier of executives and investors, he says. And Wong enjoys being affiliated with a school he feels passionate about: he has quite a lot of Penn merchandise he likes to wear around the gym.

Some of Wong’s fellow program participants are surprised, understandably, when they find out where he hails from. He quips, “Yeah, they usually complain they’ve come from the West Coast or Texas or something, and I sort of explain the distance gap between what they've done and what I've done. Then they stop complaining!”